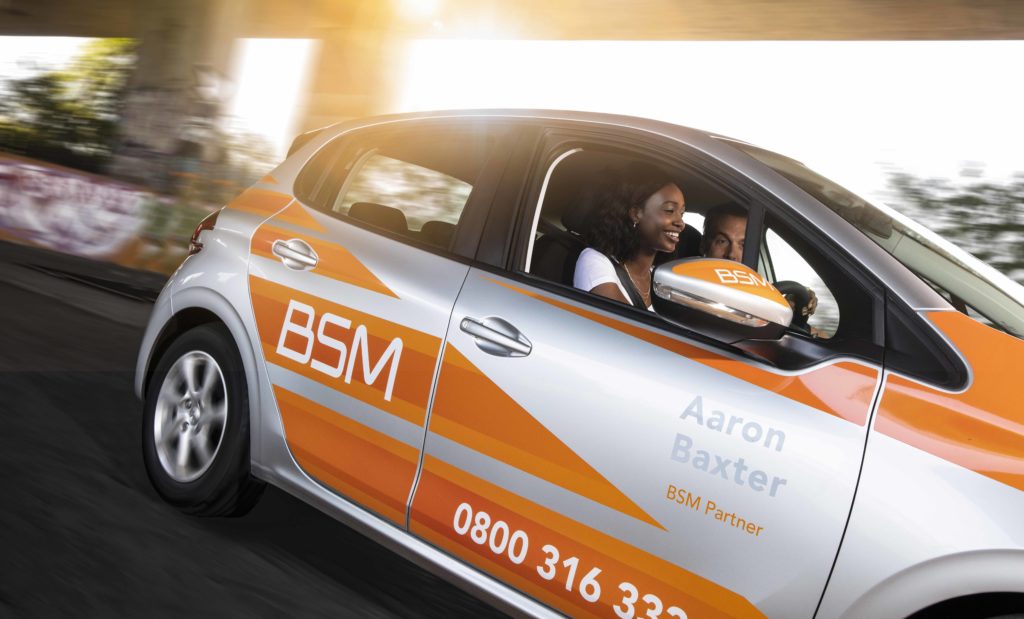 Driving on the motorway is an essential skill for any UK motorist. And it can seem scary, especially if you’ve not long had your provisional licence. Don’t worry though - you’ll get used to it very quickly. Plus you’ve got BSM to help you along the way.

Driving instructors to help you master the motorway

BSM’s instructors can help ease you into motorway driving. With a little practice, you can become a capable, safe and confident motorway driver.

If you’re looking to take on the motorway for the first time, or already have your licence but just want some extra practice, we’re here for you. Feel free to search for an instructor near you today.

Can learners drive on the motorway?

Yes, they can! In England, Scotland and Wales, learner drivers have been able to take lessons on the motorway since June 2018. Apologies if you live in Northern Ireland - learners can’t drive on the motorway just yet, although legislation is pending .

This is a very welcome development, since it’s preferable for learner drivers to first experience motorway driving with a qualified instructor.

Can I get motorway lessons even if I’ve passed my test?

Absolutely. Even if you passed your test years ago, you’re very welcome to have further motorway lessons if you feel you need them. Not everyone is confident on the motorway. Some motorists may go years without having to drive on one.

It never hurts to get more practice in, so feel free to talk to our instructors about additional motorway training.

How can I stay safe while driving on the motorway?

One of the most important things is to remain calm. Sometimes it’s easier said than done, but keeping a cool head is essential for motorway driving. Traffic is usually moving fast, and the road might be busy, so you want to remain focused.

That said, you’re likely to have had some dual carriageway experience before going on the motorway for the first time. This should stand you in good stead. In addition, you’ll have the support and guidance of your instructor.

Which lane should I be driving in?

Unless you’re overtaking, remember to keep to the left. There’s no such thing as a ‘fast lane’ - only the left-hand lane, and overtaking lanes. Unless the motorway is filtering traffic depending on what route you’re taking, the left lane is your best friend.

What’s the speed limit on a motorway?

It varies, probably a little more than you might expect. For the most part it’s 70mph, but there are several stretches with a limit of 50mph. These tend to be enforced by average speed cameras. Always take notice of motorway signs so you don’t get caught out.

Also, the motorway may have a different limit imposed in poor weather, if there’s congestion or an accident has been reported. Again, keep an eye on the signs and reduce your speed accordingly.

How close should I be to the car in front?

It can be difficult to judge exact braking distances when you’re going fast. There are some tricks you can put into practice though. You should be a minimum of two seconds behind the vehicle in front. Time two seconds by saying ‘Only a fool breaks the two-second rule’. Or any other two-second phrase of your choice.

Stopping distances are greater in adverse conditions. If it’s wet, leave four seconds between you and the vehicle in front

Motorway driving lessons near me

Wherever you are in the UK, you shouldn’t be too far from our network of expert instructors. Popular locations include Birmingham, Bristol, Cardiff, Leeds, Leicester, Liverpool, London, Manchester, Nottingham and Sheffield.

Check availability and book your first motorway lesson below