Everything you need to know with BSM 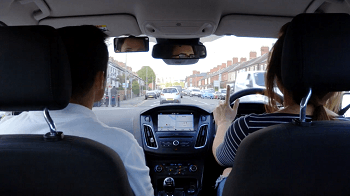 The fact is that all people are different, meaning that all drivers are different too. Just under half of the people who take their driving test pass first time, but if you’re unlucky enough to fail on your first attempt, you’re certainly not alone. That’s because roughly the same amount of people get a pass at the second time of asking.

The good news is that if you are attempting to pass your test for a second time, you are more likely to succeed and that’s what we look at now in closer detail. So come with us as we explain why that is and why anyone who didn’t quite make it on their test the first should take heart.

You’ve Got Feedback to Work With

When you pass or fail your driving test, you’ll get feedback on what you did well and what you didn’t do so well. This feedback can be really useful in helping you focus your attention on where improvements need to be made before you take your test again.

Armed with your test feedback, your instructor can tailor the lessons so that you end up practicing those weaker areas more. Rather than being a document that shows what you did wrong, your test feedback paperwork can help you to be more proficient and confident the second time around.

We understand that when you fail your test, you can be left feeling like you want to give up or at least put things on the back burner. The best thing to do when this happens is to rebook your test as soon as you can, as it can take a month or so to come through. It might not feel like something you want to do that precise moment, but it’s often your best move.

A test failure can knock your confidence, sure, but if you see it all as part of the learning process, that will subside. The more time you spend out on the road, the more experienced you’ll be and your driving will get better. You just have to keep the faith!

Fear of the unknown is often one of the worst parts of taking your driving test for the first time. That’s not something you’ll have to deal with on your second driving test, as you will already have experienced the test route and all of the challenges that you’re asked to face.

Familiarity is a powerful thing and now that you’ve experienced all of the aspects of the practical test, it means that there will be no surprises and that should make you more confident. More confidence means you can channel any nervous energy you have into getting it right this time around.

You’re Motivated By What You Did Right

The great thing about driving examiner feedback is that it doesn’t just tell you what you did wrong. It also tells you lots of things that you got right during your first driving test and that should be a source of great motivation that you will reach the promised land of your full driving licence.

What this feedback shows you is that you are capable of doing many of the driving manoeuvres on your test to an acceptable standard and that it’s just a matter of working on the things that you’re not so good at. Take this confidence into your second test and you’re much more likely to succeed.

Keep Plugging Away - As You Will Get There!

So, as you can see, if you are a learner driver who was unlucky enough to miss out on your first try, you really shouldn’t despair, as all the experience and knowledge you gained from your first attempt will stand you in good stead when you come to take it again.

Rome wasn’t built in a day and some drivers just take a little longer to develop the skill and confidence they need to drive safely out on the road. Not getting a pass isn’t necessarily a failure, so just keep plugging away, as with BSM’s help, you will get there!