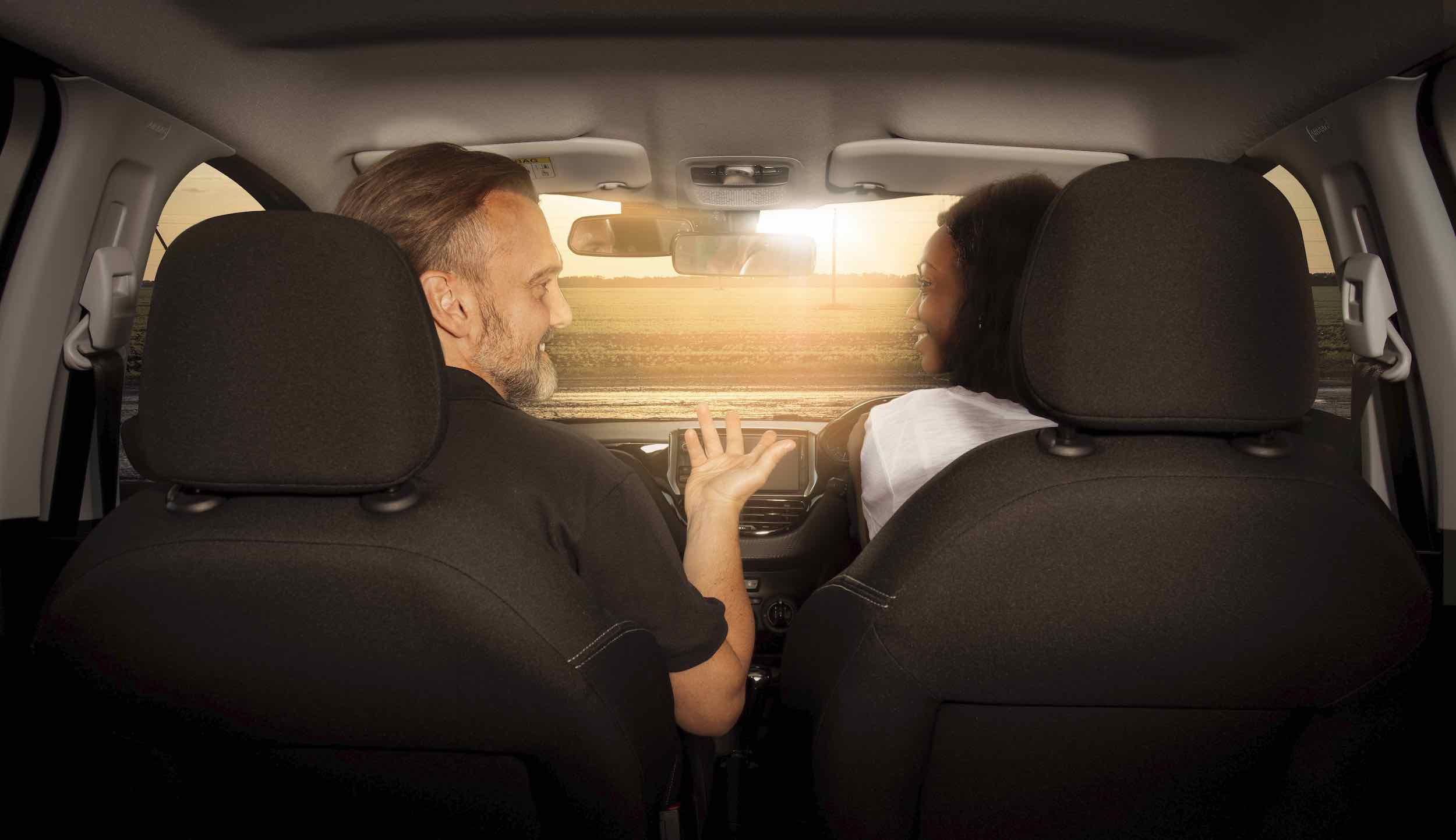 You can’t escape them – roundabouts are everywhere. As a common feature of UK roads, you’ll have to master them shortly after beginning your driving lessons. And they’re important to get right, as mistakes on roundabouts could lead to an accident, or getting faults on your driving test.

Here we’ll look at all roundabouts great and small, and how to ace them every time.

What is a roundabout?

A roundabout is a circular junction, often found where roads intersect. With the exception of mini roundabouts, most will have a raised island in the centre.

All traffic that joins moves in the same direction around the roundabout. In countries that drive on the left, such as the UK, traffic moves in a clockwise direction. The roads (or ‘dials’) which intersect are used as both entrances and exits for road users.

The approach to a roundabout is often signposted. The roundabout sign is a warning triangle, with three black arrows forming a circle.

What is a roundabout used for?

Roundabouts are used to ease congestion, by keeping traffic moving. They’re generally more efficient for the flow of traffic than traditional crossroads, and traffic turning right is less likely to get held up.

How do I drive over a roundabout?

When approaching a roundabout, the golden rule is to give way to traffic already on it, which approaches from the right.

If there’s standing traffic on the roundabout, you should only join if you won’t be blocking any exits or entrances for other road users.

You can enter the roundabout when your path is clear and it’s safe to go. Remember: mirror, signal, manoeuvre.

When yours is the next exit, you indicate left to signal to other road users you’re leaving the roundabout. Once you’re off the roundabout – unless you’re about the turn left immediately – switch your indicator off.

How do I choose a lane at a roundabout?

Roundabouts usually have signs and road markings which should help you pick the correct lane. You might see arrows, and text to help out. For instance, a lane may feature the name of the road where it exits.

If you’re going straight ahead, you usually won’t need to indicate when entering the roundabout. Again, you should signal left when your exit is next.

It’s fairly typical for a roundabout to have four dials, and two lanes approaching. In this case, unless the left-hand lane is marked left only, use this lane for going straight on.

If you’re in a right-hand lane, you will usually have to switch to the left-hand lane before you exit. Signal left when you’re approaching your exit. Before you switch lanes, check that the lane is clear and it’s safe to do so.

How do I drive over a mini roundabout?

Mini roundabouts are just like regular roundabouts, but smaller, and usually with no raised central island. You tend to find them in built-up and residential areas, where the roads are more narrow. They’re usually signposted by a sign with three white arrows on a blue circle.

You tackle mini roundabouts in exactly the same way as regular roundabouts, by giving way to traffic approaching from your right.

How do I drive over a roundabout with traffic lights?

You approach traffic lights on roundabouts in the usual way (you can find out more about traffic lights here ). Stop if the light is red. Green means go, and also means that you don’t need to give way to traffic from the right, as it will be stopped for you. Although you should always be alert, in case any other road users run a red light.

If the traffic lights are switched off – for example, if it’s a quieter time of day – you should give way to traffic coming from the right as normal.